AMAZING!
Philae module has finally sent the first image taken of the surface of the comet.

This is actually an assembly of two images taken by two cameras of CIVA instrument.
Bottom left, we recognize one of the legs of the probe, measuring about 15cm wide giving the scale of what we observe.
Bottom center, there is a metal rod that belongs to another scientific instrument.
The first view shows a complex soil prelude to the exciting investigations.

Jean-Luc Josset takes this opportunity to thank and congratulate all the collaborators working for this project at that time at Centre Suisse d’Electronique et Microtechnique (CSEM) (some are still at CSEM) and our key partners at that time such as: 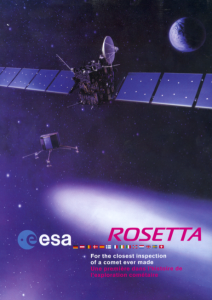 Brief history of the development

– The development of this project was possible with the support of the Technology Research Programme (TRP) of the European Space Agency (ESA) (P. Plancke Technical Officer and F. Mazzaglia Contract Officer).

– These TRP projects allowed CSEM (Project Manager Jean-Luc Josset) to develop, thanks to its key high level research engineers and its key partners, one of the world smallest digital camera in the 1995 years. See picture below 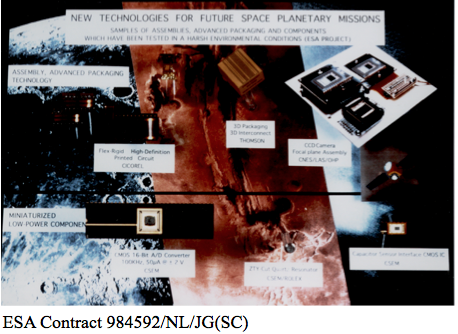 Assessment of the potential technologies at electronics, components and assembly level for compact, low mass and low power systems for low temperature operation 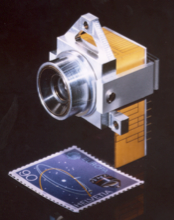 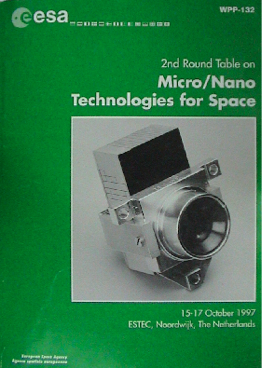 1998 CSEM mandated by IAS in France funded by CNES for the development. 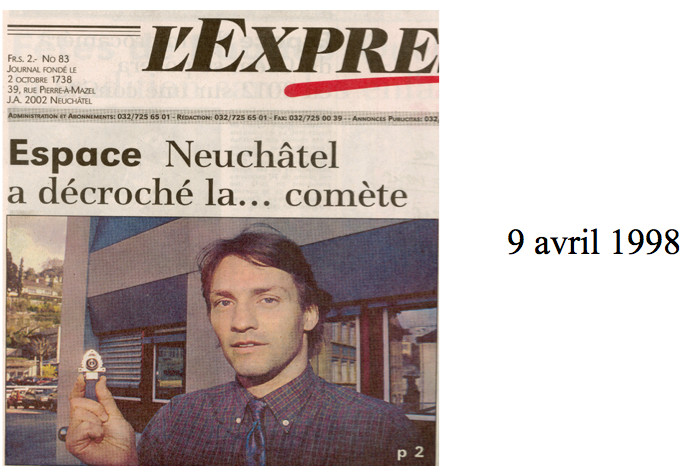 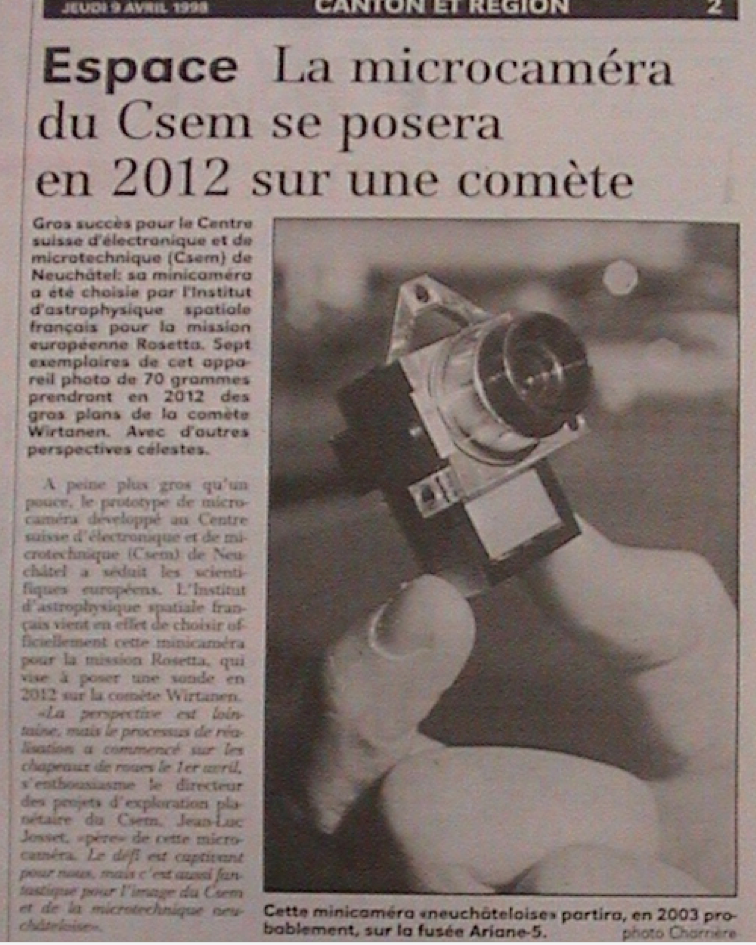 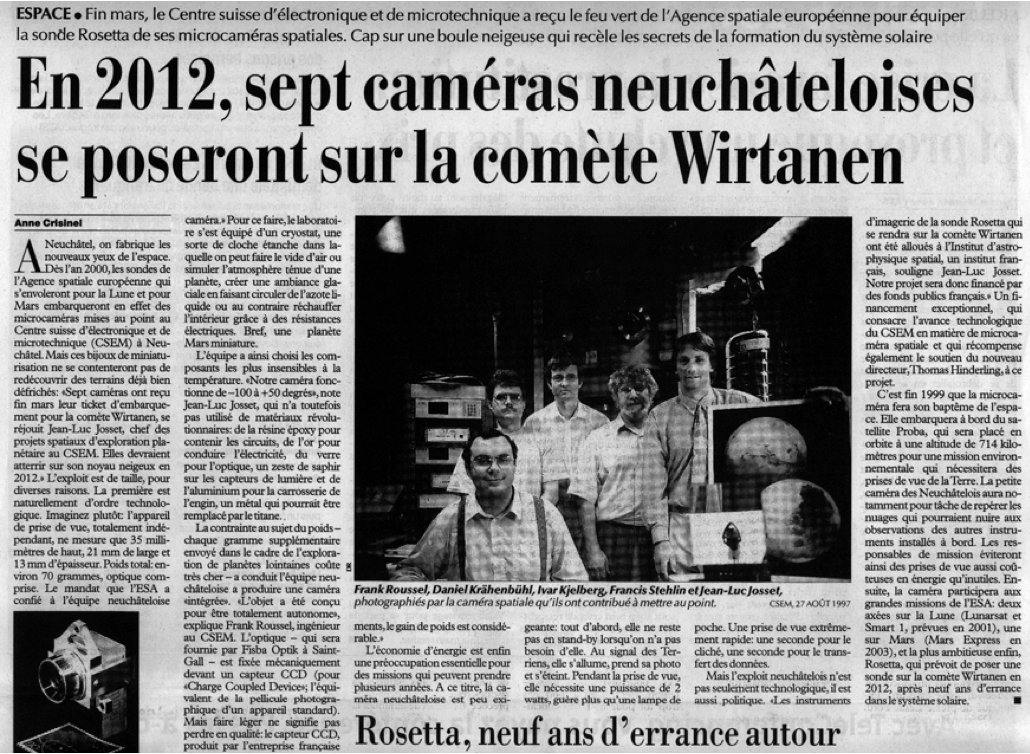 The same partners (see above) and almost same team organization of the prototype camera developed in the first phase for ESA TRP worked on the project. 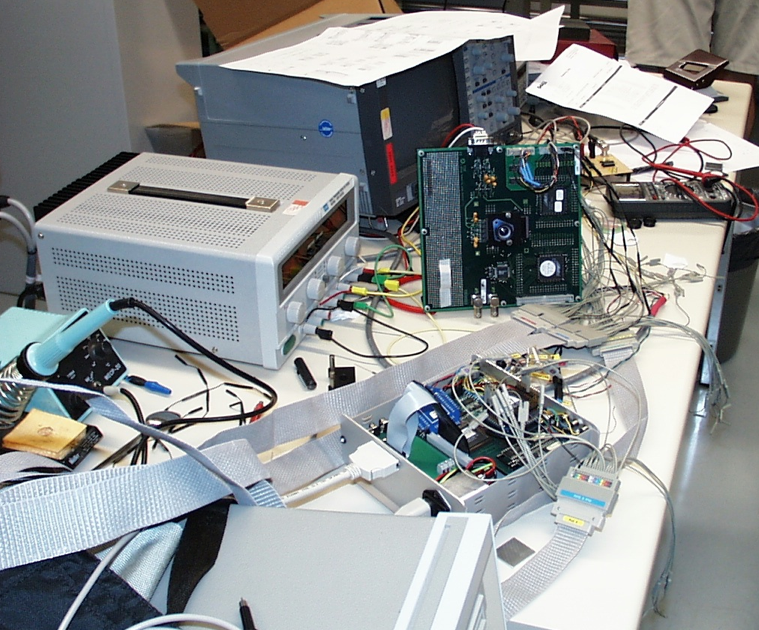 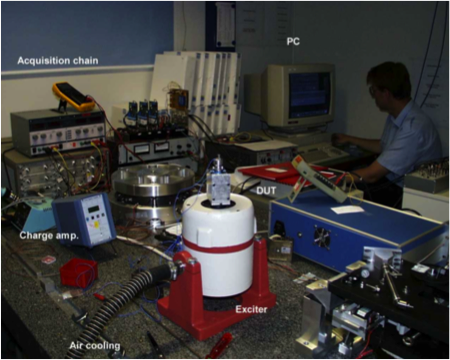 Part of the CSEM’s Team for the cameras development 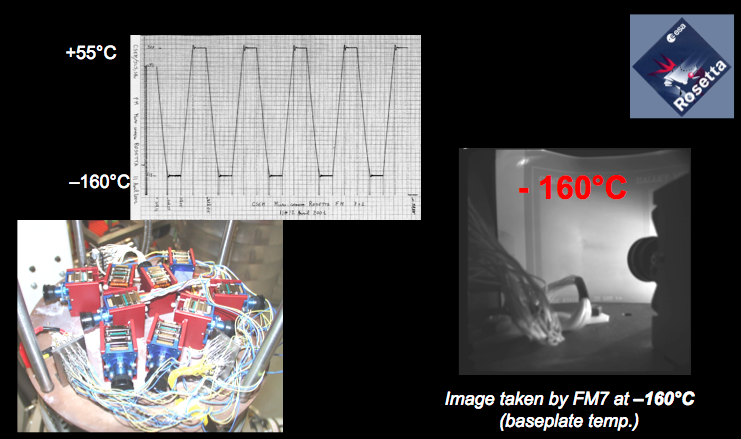 The delivery of the cameras was performed with success during the year 2001.

Note the great support and expertise given by CNES and IAS for the accomplishment of the project. 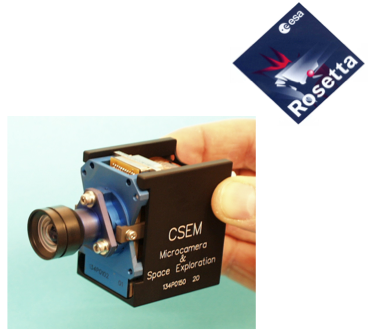 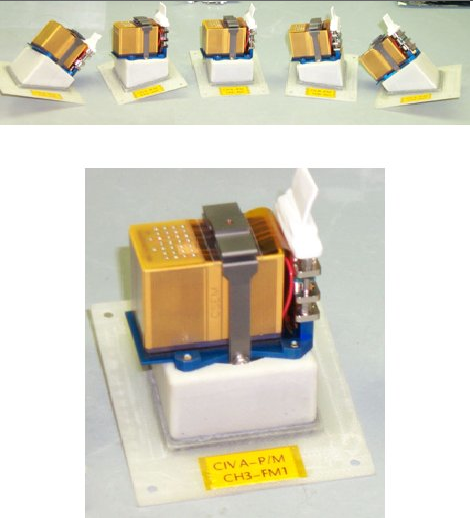 It was a very long-term project that involved many people !

Looking forward for a success landing on the comet and go-on to see the next step: a panorama view taken ON the comet 67P !